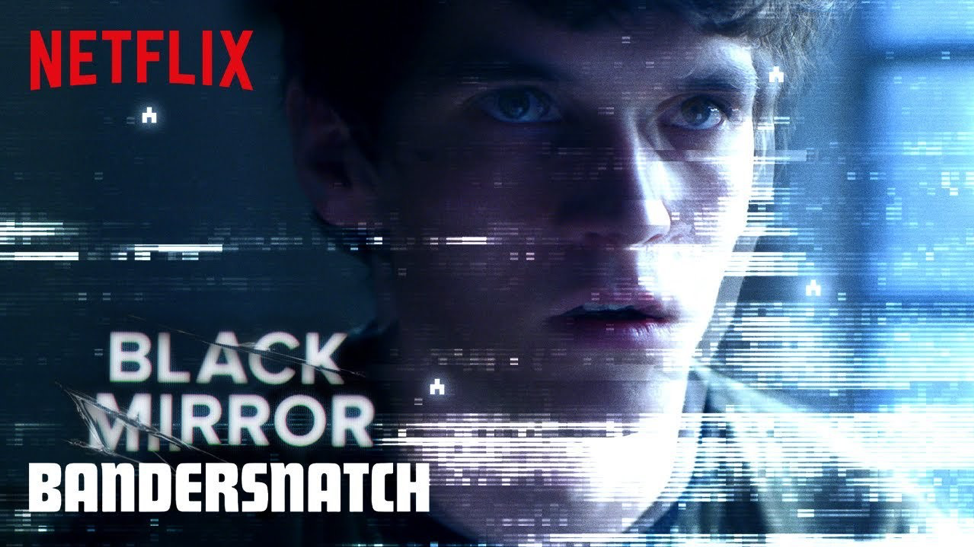 Narrative Branching Grows Up and Onto the Small Screen

"Choose your own adventure” books were always a childhood favorite. The content was there, but the reader could influence the plot by making choices for the characters. The same concept is found in popular role-playing games (RPGs), like the Elder Scrolls, World of Warcraft, Mass Effect, and Fallout series, in which you control your character’s destiny through a series of decisions.

It seems natural that this would be applied to film to keep the viewer engaged, especially in a world where entertainment on screen often takes the backseat while the viewer scrolls through other content on their phone or laptop. Beyond satisfying the viewer’s need to be continuously prompted to pay attention, it solves the age-old horror movie frustration of: “Why did she go into the basement? The murderer is clearly hiding under the stairs! Don’t DO THAT!” Netflix has now placed the character’s fate into the hands of the viewer.

Interaction, typically used as an e-learning tool, has been proven to increase the retention of information by up to 60%. The user has to pay attention to move forward and is directly involved in the storytelling. Netflix may be pioneering in the entertainment industry, but interactive media is being adopted more and more by companies looking to captivate their viewer's attention. Instructor-based training is on the outs as research continues to show that employees learn better when in control of their learning experience.

Netflix’s first stab at using complicated interactive video for entertainment has garnered mixed reviews. While they’ve been doing this for a while in children’s programming, Netflix’s debut interactive movie, Black Mirror: Bandersnatch, has faced tough criticism from adults who require more complexity within narrative branching. There’s no shortage of storyline options, since the interactions result in over a trillion plot permutations and the average viewing time is 90 minutes, however, the overall commentary seems to be that the plot becomes repetitive as different interactions circle back to the main narrative. This wouldn’t be a problem, but the viewer is encouraged to try multiple different paths that lead to 5 different outcomes. In Bandersnatch, Stefan feels that his life is out of his control, and in a very meta fashion, the user's choices often seem to make little difference, leaving the user to feel as if their choices are inconsequential. The point is made and in a way, the fourth wall is broken, but still, it can leave the user frustrated.

Continuity between impactful user decisions is the major challenge in interactive media. Although Netflix created a proprietary tool for managing hundreds of interactions, aptly named “Branch Manager,” the viewer’s decision-making tends to feel secondary to the story, defeating the purpose of prompting the viewer to repeatedly craft their own narrative. Introducing an interactive movie under the illusion of user choice, and then making them feel as though they don't actually impact Stefan's path may have been a commentary on control, but could dissuade viewers from engaging.

The first of anything is always a grand experiment, and while Netflix may not have gotten it on the first try, the adoption of interactive media in mainstream entertainment is indicative of where entertainment is headed. Users want control, and companies want their viewer's attention, resulting in a higher ROI. Increased usage of interaction will only improve our understanding of cognitive learning techniques, helping us to make training courses even more effective. VMG Studios has seen a higher demand from our clients for interactive training courses as research continues to show how repeatedly engaging the viewer in the content improves knowledge retention, making the time (and money!) spent on employee education more efficient. We’re excited to see future iterations as interactive media becomes more prevalent, and to finally save the horror movie heroine from certain doom as she considers hiding from her would-be assailant in the very, very dark basement.

Netflix Takes Interactive Storytelling to the Next Level With ‘Black Mirror: Bandersnatch’

Black Mirror: Bandersnatch is Netflix’s new interactive special that won’t play on everything

to learn how to successfully plan and budget your next project with an introductory project planning conversation.

AJ is a Sales & Marketing Specialist at VMG Studios. AJ has a background in Professional Journalism and is experienced in cross-channel marketing. She is well-versed in new media and acts as a client resource for best practices from creative to deployment to analytic measurement. In her spare time, AJ enjoys listening to true crime podcasts, hitting the PNW hiking trails, and spending time with her cat, Boomer.