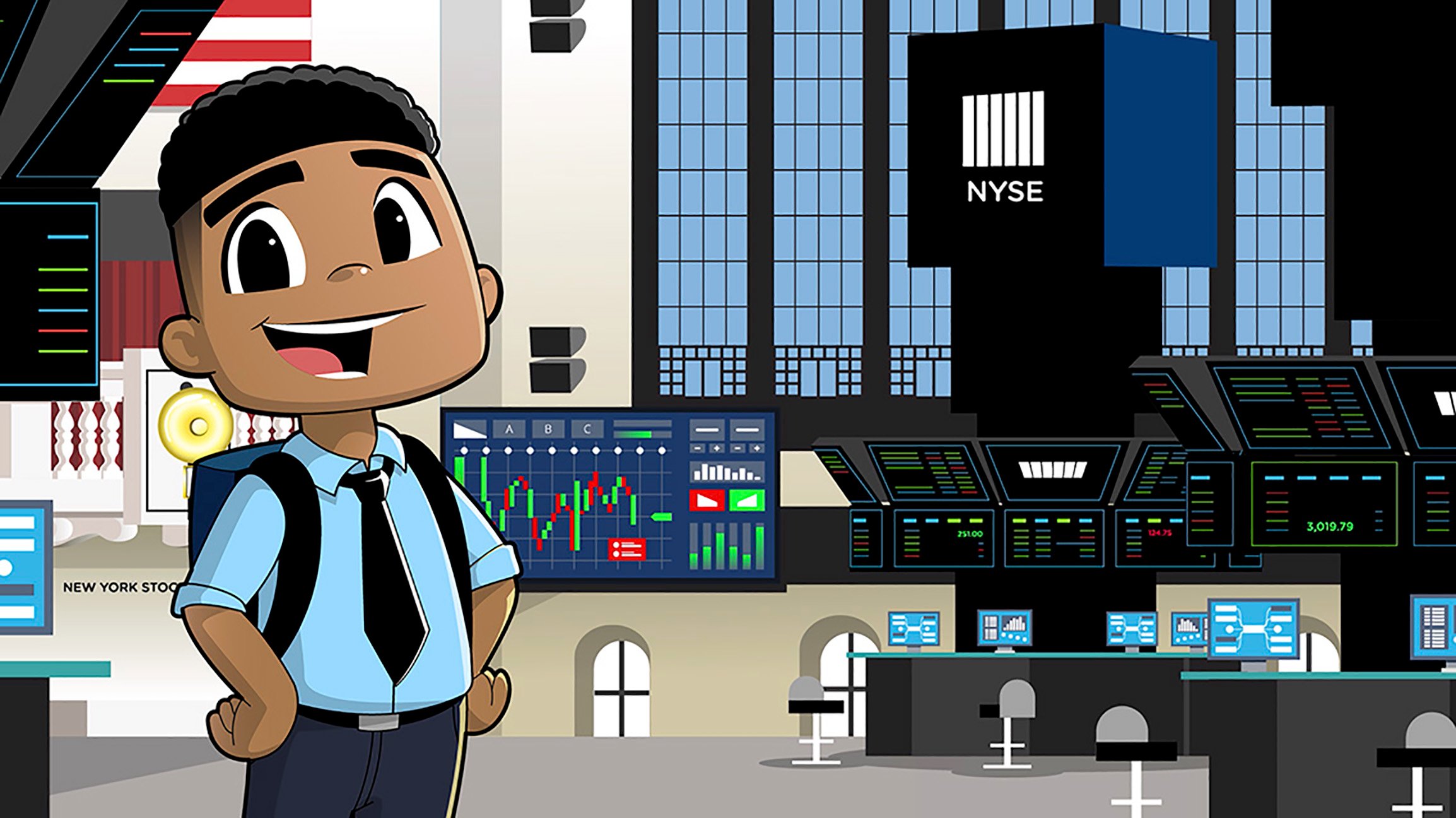 VMG Studios is proud to announce our partnership with Fifth Third Bank and Tovuti LMS in the creation of the Fifth Third Young Bankers Club®, a digital financial education program for fifth graders.

Our team spent the last year developing and programming the creative interactive elements, including the president of Young Bankers Club®, Maximillion Money™! 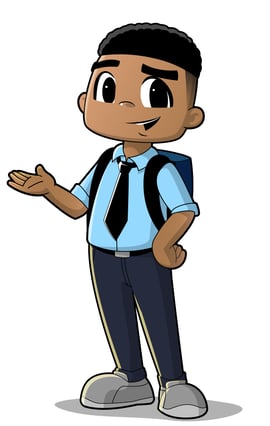 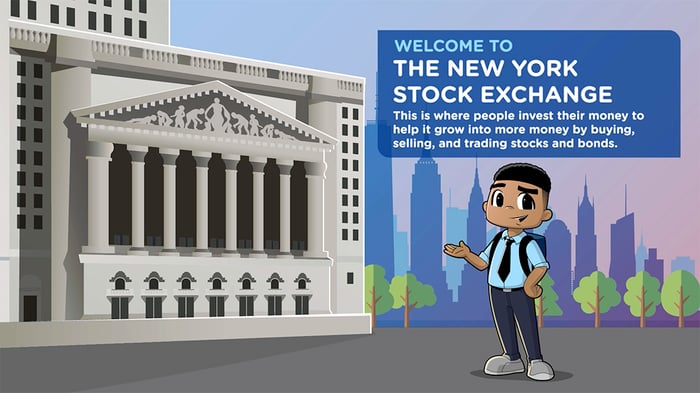 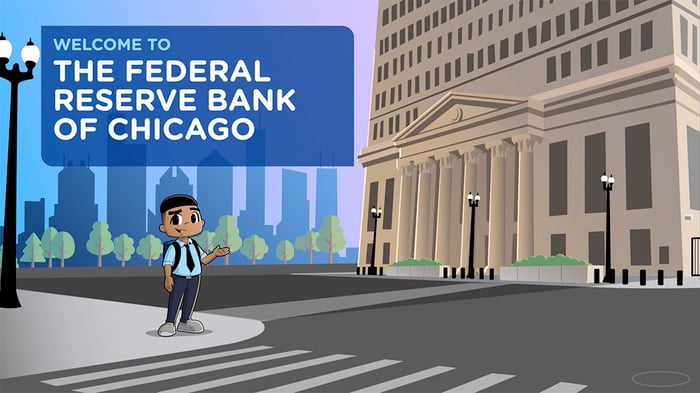 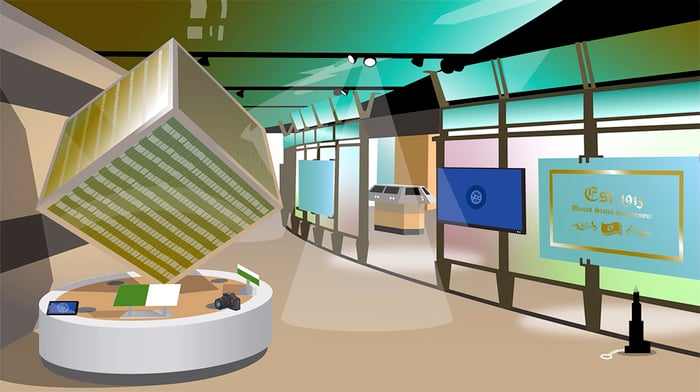 We invite you to read Fifth Third Bank's press release below to learn more about the program.

“The digital version of Young Bankers Club® offers young students financial literacy tools inside or outside of the classroom that teach them the financial skills they will use throughout their lives,” said Stefanie Steward-Young, chief corporate social responsibility officer, Fifth Third.

As a result of the pandemic, more schools around the country have adopted eLearning solutions for both remote and in-class learning experiences, which makes the release of the new digital format of Young Bankers Club® timely.

The updated program incorporates greater flexibility for teachers. In only 30-45 minutes per week during an eight-week period, teachers can help students learn all the basics of finance online at any time. The flexibility enables Fifth Third to deploy the program into more schools and across its 11-state footprint.

The new Young Bankers Club® digital format features a comprehensive curriculum that meets national and state educational standards for fifth-grade mathematics. Each lesson in the eight-unit curriculum, which is presented through a game, provides a unique, engaging approach to financial literacy that helps students apply their knowledge gradually as they work toward more complex scenarios. The program incorporates different facets of banking, while clearly identifying relevant math standards within each unit and outlining what students should know and how to use the information.

The most innovative feature in the digital format is the introduction of the 10-year-old character, Maximillion Money™, the president of Young Bankers Club® and the richest kid in America. Maximillion Money™ guides the participants and his friends on a journey that takes them to the New York Stock Exchange, the U.S. Mint, other financial industry landmarks and to a Fifth Third financial center. Students discover hidden clues, win rewards and badges, unlock avatars, level up to new adventures each week, take weekly trivia to test their knowledge and challenge themselves to be first on the class leaderboard.

Each lesson represents a “level,” and focuses on the following aspects of personal finance:

• Overspending and Lending to Others

• Protect Your Money - Risk and Insurance

“After-School All-Stars is thrilled to partner with Fifth Third to launch the Digital Young Bankers Club® program,” said Hayley Blomquist, program coordinator, After-School All-Stars (ASAS), Chicago Public Schools. “Our schools and students have benefited greatly from the financial literacy curriculum in the past and many instructors specifically requested to run the program again this year. In these uncertain times, it's wonderful to have adaptive technology to serve our students and we're excited to offer a virtual space to engage students this Spring.”

“Partnering with Fifth Third Bank on this project was incredible. Finding the synthesis and harmony between education and play, function and design, was thrilling and unmatched in our vast experience as a design and production company. Designing and programming with diversity and inclusion in mind is one of our top priorities, and the partnership with Fifth Third made those achievements even more rewarding,” said Kelly Sparks, CEO, VMG Studios. “Together, we managed to create a seamless and immersive educational program that is unparalleled in the e-Learning space. The program itself, combined with the rich metrics and insights provided by the Tovuti platform, has made for one of the most robust and engaging financial education tools that exist today. VMG Studios is honored to have been a leading participant in this endeavor.”

“Tovuti LMS is beyond thrilled to partner with Fifth Third Bank and VMG Studios to present the new digital format of Young Bankers Club®,” said Troy McClain, CEO of Tovuti LMS. “Fifth Third Bank has long been known for successfully implementing innovative financial solutions that inspire individuals to achieve financial stability. With VMG Studios’ approach to design and Fifth Third’s commitment to making positive changes in young people's lives, Tovuti LMS could not be anything but honored to be a part of this great initiative.”

Young Bankers Club® is part of Fifth Third’s Lives Improved Through Financial Empowerment (L.I.F.E.®) program, which delivers financial learning opportunities to people at all stages of life. In addition to Young Bankers Club®, the L.I.F.E.® programs include: The Fifth Third Bank Financial Empowerment Mobile — a 40-foot vehicle that transforms into a mobile bank providing access to products and services, free credit reports, financial education, and financial stability resources; Finance Academy — a curriculum that focuses on educating high school juniors about finance; and Empower U® — a financial education program taught by Fifth Third employees to clients and the community. Since 2004, more than 2.5 million people have been educated through these programs. To learn more, visit www.53.com/LIFE. For more information about the digital Young Bankers Club® program, visit www.53.com/ybc.

Fifth Third Bancorp is a diversified financial services company headquartered in Cincinnati, Ohio and the indirect parent company of Fifth Third Bank, National Association, a federally chartered institution. As of Dec. 31, 2020, Fifth Third had $205 billion in assets and operated 1,134 full-service banking centers and 2,397 ATMs with Fifth Third branding in Ohio, Kentucky, Indiana, Michigan, Illinois, Florida, Tennessee, West Virginia, Georgia, North Carolina and South Carolina. In total, Fifth Third provides its customers with access to approximately 52,000 fee-free ATMs across the United States. Fifth Third operates four main businesses: Commercial Banking, Branch Banking, Consumer Lending and Wealth & Asset Management. Fifth Third is among the largest money managers in the Midwest and, as of Dec. 31, 2020, had $434 billion in assets under care, of which it managed $54 billion for individuals, corporations and not-for-profit organizations through its Trust and Registered Investment Advisory businesses. Investor information and press releases can be viewed at www.53.com. Fifth Third’s common stock is traded on the Nasdaq® Global Select Market under the symbol “FITB.” Fifth Third Bank was established in 1858. Deposit and Credit products are offered by Fifth Third Bank, National Association. Member FDIC.

If you're interested in seeing other projects produced by our creative team here at VMG Studios, click the button below to view our portfolio