Director of Photography vs. Cinematographer: What’s the Difference?

I’m a movie nerd; one of those people who will often sit through the end credits. As such, I stumbled upon something I found (and I’m sure others do too) rather curious. In some films, I would see a credit for a Cinematographer and in other films for a Director of Photography.

Even as someone who has worked in the video production world for decades, this got me thinking: What’s the difference?

When I started down this rabbit hole, I realized there were two more titles that often get thrown into the mix: videographer and camera operator.

Naturally, all of these seemingly similar titles can be confusing, especially when you’re trying to budget accordingly for a marketing or corporate video. To those outside the video production industry, it would appear there are four titles for the same job. And they would be half right.

Here at VMG Studios, we have our own Director of Photography and we’ll bring in freelance camera operators on larger productions when needed.

Still confused? Let’s break down each role to get more clarity.

What Is a Videographer?

A videographer is often a one-man, or one-woman band, meaning they work individually. They are primarily used to covering events like weddings, interviews, conferences, or news stories. Generally speaking, they’re more known to “capture” footage than create imagery.

Does that mean videographers are less skilled than cinematographers? Not necessarily. There are many videographers who are talented filmmakers.

A lot of it comes down to where the shoot is happening and how many people are working on set. 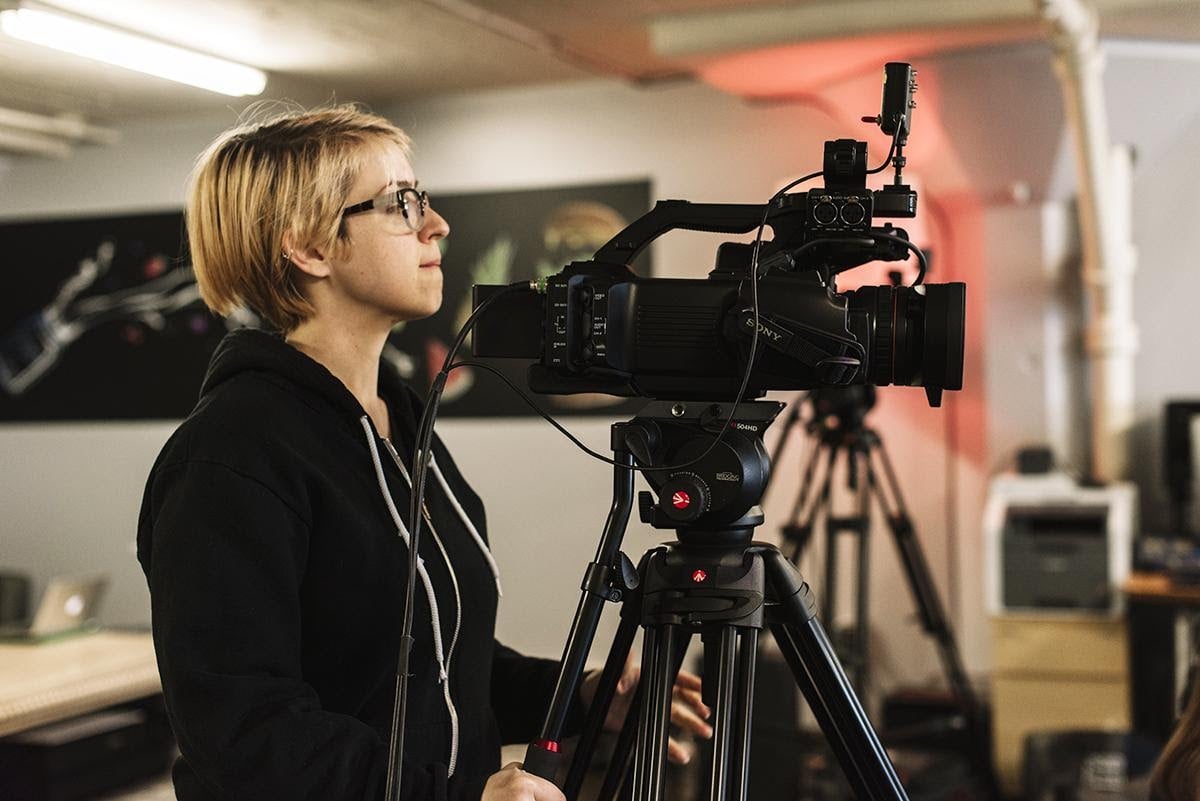 What Is a Camera Operator?

A camera operator is just as the name suggests: this person runs the camera but is not responsible for the creative choices such as lighting and framing. Their job is to capture the image requested by the director, cinematographer, or director of photography (DP) and keep it in focus.

For a live event, say a sporting event, they might be able to take a little initiative in how they shoot, but for a scripted narrative, they do not get to take liberties. This is where the cinematographer or DP comes into play.

Cinematographer vs. Director of Photography (DP): What's the Difference?

According to VMG Studios’ Director of Photography, Hunter Boen, there isn’t a huge difference between the two. “There is some semantic difference in the community,” says Boen, “but it frequently comes down to which title you like better.”

First, let’s define these roles. What is it that cinematographers and DPs do? You’ll quickly see how they stand separate from videographers and camera operators.

The cinematographer or DP covers a lot of responsibilities and personnel. Outside of the director, they are the top-dog on set. “They are in charge of many different departments,” says Boen.

“They have to lead a team. The camera department, grip, and electric all answer to them.” These crew members are responsible for implementing the visual imagery that the cinematographer or DP is trying to capture. 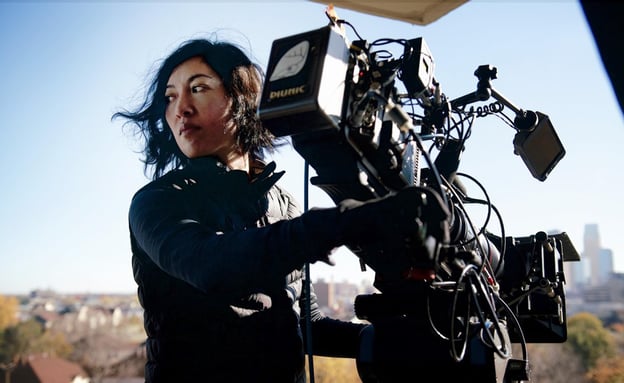 Another differentiator between videographers and cinematographers/DPs is control.

For an unscripted live event, which is the purview of videographers, there isn’t a lot of control of what’s happening in front of the camera. They are simply capturing the action as it is happening.

Cinematographers and DPs work more in the world of narrative storytelling, which includes various kinds of marketing videos such as an explainer video or product video. These types of videos take more planning and pre-production. The process is much more refined. Everything is planned, designed, and storyboarded and the cinematographer or DP has a great deal of input on those things during pre-production.

During actual production, when on set, the Cinematographer or DP is wholly or partly responsible for the following:

• Blocking: Working with the Director, they decide how to shoot a particular scene. If using actors, where are their marks?

• Framing: The composition of the shot.

• Lighting: The visual tone. What they want the viewer to see and feel through the lighting’s mood.

• Lenses and Filters: Will they use a zoom lens or a prime? Are they shooting close-ups or wide shots? Is the scene dark and moody or bright and cheerful? Different lenses and filters are needed for different types of shooting.

• Camera movement: How the camera will follow the action on set.

Read: A Breakdown and Definition of Video Production Roles

This relationship is probably the most important collaboration on a video or film production.

A good example of this synergy is between Cinematographer Roger Deakins and the Coen Brothers (No Country for Old Men, Fargo, O Brother, Where Art Thou?, The Big Lebowski). For years, the brothers had been seen in the filmmaking community as talented but quirky. They had not yet reached a point with their craft that they were taken completely seriously. That changed when they began teaming with Roger Deakins. 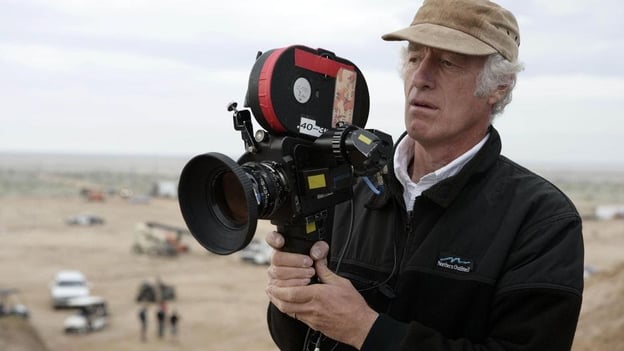 To quote from Indiewire magazine, “Under Deakins, the Brothers’ lens choice tightened and their language sharpened, as they were soon able to deliver the same layered approach to visual storytelling that had always been present in their screenplays.”

Deakins was able to give the Coen Brothers films their own look and feel. And that’s what a good cinematographer or DP can bring to the table.

Here's a clip from O’ Brother, Where Art Thou. Pay attention to how Deakins’ use of framing and camera movement really elevates the viewing experience.

Some people behind the camera prefer to be called cinematographers, others Director of Photography. It appears to simply be a matter of taste.

Writer, producer, and storytelling consultant Stephen Follows did some digging to see if this was true. He looked at the top 200 U.S.-grossing films between 1997 and 2016 and looked at the credits. He found that 58.4% of those films had a DP while 40.8% credited a cinematographer.

Basically, what this all boils down to is that a rose by any other name is still a rose.

Working With a Director of Photography/Cinematographer

While the titles of Director of Photography and cinematographer can be interchangeable, there is a clearer distinction between that position and videographers and camera operators.

DPs and cinematographers often control what’s happening in front of the camera such as lighting and framing to capture the desired aesthetic as it works in tandem with the narrative. They work closely with the director, have some creative control, and oversee the rest of the camera department.

Videographers and camera operators, meanwhile, often don’t have control over what’s happening in front of the camera. This is usually because they cover live events such as weddings or because they’re simply manning a camera and taking direction from the DP/cinematographer and director.

Regardless, these positions are imperative to capturing creative content, relaying important messaging points, and producing a final product you’re excited to share.

If you’re in need of a marketing or corporate video, whether it’s a scripted narrative, case study, or explainer video, VMG Studios can help you. From concept ideation to development to deployment, we have the crew and facilities to help tell your story. We even have our own Director of Photography.