How To Write a Video Script 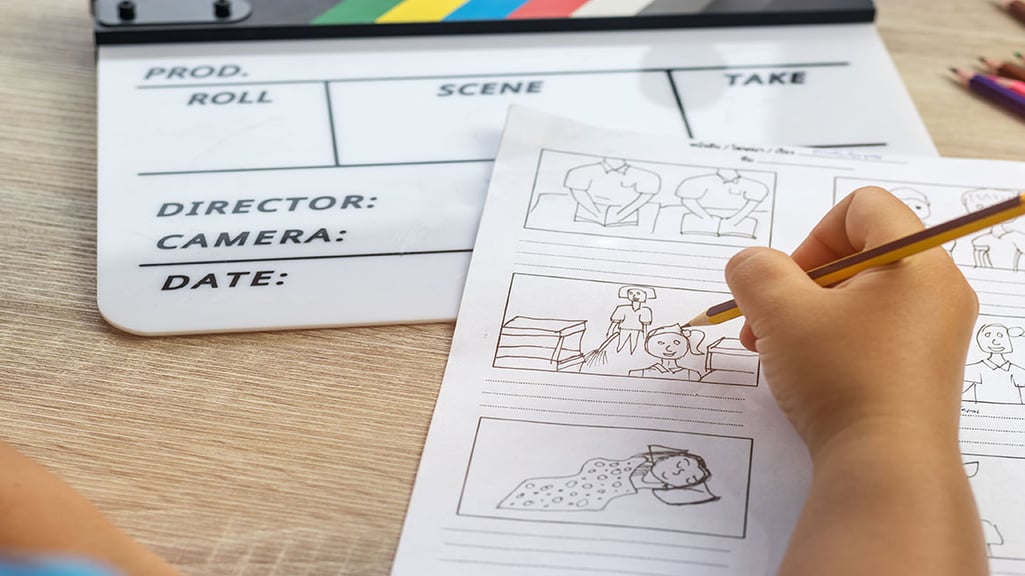 I’m going to show you how to write your next video script so that your message is told in the most clear, concise, and compelling way possible.

There. You just witnessed one of the cardinal rules of script writing: Begin with a strong hook.

I’ll get back to that in a moment, but there are a couple of other steps you need to take before you even get to the hook (so don’t feel too overwhelmed about nailing down the hook right away). This article will break down each of those steps on how to write a video script to help organize your story from start to finish. It begins with…

If the script is the production, the brief is the pre-production. The brief is where you list everything that will help you create your script. Think of these as your script assets.

Once you’ve drafted your creative brief, it’s time to structure your script. You do this by developing a script outline where you lay out your story in its chronological order and drop in what goes where. It’s the skeleton of the script.

Your story is going to have three main headings—the hook, the body, and the call to action (CTA). Each heading will then have sub-headings, or bullet pointed items that support it—the details.

To do this you’ve got a couple of options. You can flat out tell the viewer exactly what the video’s going to be about—you’re not burying the lede—or you can begin with a short anecdote or analogy related to the subject matter to help grab the viewer’s attention.

You’ve already seen an example of the direct hook (remember the first line of this? ‘I’m going to show you how to write…”). The anecdote or analogy hook might be, “Let’s see if this sounds familiar. You’re watching a video and it’s a yawner. You clicked off of it fifteen seconds in. Let me show you how to make sure that never happens with a video that you make.”

There, we just made the video relatable. Everyone has watched a video that failed to hold their attention, and by pointing that out you’ve grabbed their attention. People like what they can relate to.

Your hook should be short and sweet. You’ve only got a few seconds to get their attention.

This is the meat of the video. This is what people are watching your video for.

If you’re making a marketing video, this is where you talk about the problem and solution or you list your value prop (what makes your product so great).

If it’s an instructional or educational video, this is where you give the step-by-step explanation.

If it’s a storytelling video, this is where you address how your protagonist deals with their conflict to achieve their goal (similar to problem/solution).

Present your key message points and then support them with more anecdotes or data that will leave a lasting impression.

This is where you tell the viewer exactly what you want them to do. Call now! Click on this URL! Subscribe to my channel! For more information go to…!

Don’t be bashful with your call to action. This is your one opportunity to get the viewer to do something that can be categorically tracked to show engagement.

To write is to rewrite, so don’t get down on yourself if it’s not sounding quite like you had hoped. It’ll take a few drafts to get it into perfect shape.

Once you’ve rewritten your script several times and you’re comfortable with the messaging, you’ll next get to marry the audio to the visuals. Most scripts are written in a two-column format: Video in one column, audio in the other column. It will look like this:

In the audio column you write in the dialogue as well as the music cues and any sound effects. In the video column you put in the corresponding action.

Writing Your Own Video Script

Your script is the soul of your video. There has never been a good movie that had a bad script. All the star power and special effects in the world can’t make up for non-compelling dialogue and poor storytelling.

With these 7 steps, you now have the basic structure to begin your process.

They say, “Practice makes perfect,” so the more you write, the easier the process will become.

At VMG Studios storytelling is what we do. If you need a corporate video give us a call. And if you still feel you need a little help with the script, we’re here for you. We’ve written a few thousand.