What is Post-Production and How Does it Elevate Your Video? 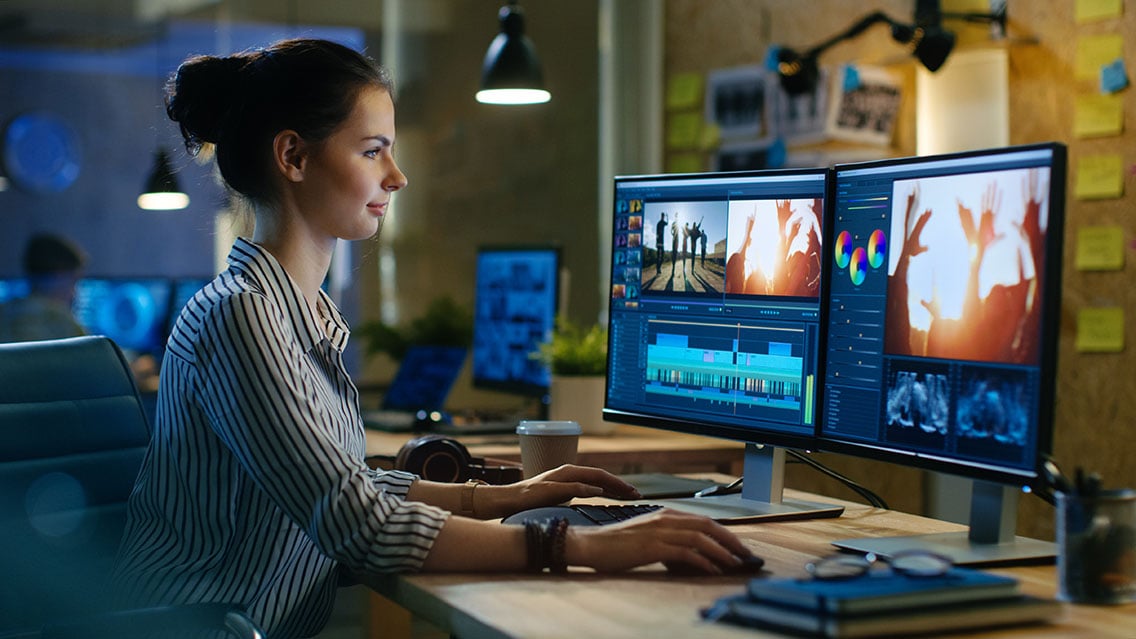 “First you shoot the movie, then you make the movie.” Keenen Ivory Wayans, a filmmaker, actor, and comedian uttered those words and they couldn’t ring truer.

Regardless of whether you are producing a feature-length film or a two-minute marketing video, you will spend the lion’s share of the time on the project’s post-production to take it to the next level. Take it from us, we’ve produced hundreds of videos over the last 15 years.

In general, a two-minute marketing or corporate video takes about four to eight weeks to complete, and post-production can often make-up half that time.

This article will dive into what happens during the post-production phase and why it’s an essential step in creating a cohesive, eye-catching final product.

The production of a film or video is a three-step process:

The Elements of Post-Production

After the last shot, and the cameras stop rolling, a film is ready to move to its final phase—the last step in taking a story from script to screen. This is the beginning of post-production.

Every motion picture you have ever seen has had some measure of post-production, probably more than you imagine. Frequently, the post-production process takes longer than the actual shooting.

Back in 2016, pre-production for a typical Hollywood studio movie was 146 days, shooting took 106 days, and post-production lasted 301 days. Nowadays, with today’s technology (i.e. CGI—Computer Generated Imagery), post-production has taken on an even bigger role, resulting in even longer post-production timelines.

This is because of the various elements that make up the post-production stage:

The timelines for making the kind of videos you see on YouTube, Facebook, and Vimeo may be shorter but many of the processes are no different than what goes into making Hollywood movies.

Let’s break down each category.

Congratulations! You’ve shot your video and you’re ready to begin cutting it together. This is the first step of post-production: editing.

Editing is the process of assembling the raw footage into a coherent story.

This includes combing through the footage to find the best takes, placing the footage into a sequence, finessing the timing of the edits, and assembling all the final pieces, such as the color grade, motion graphics, and sound design. 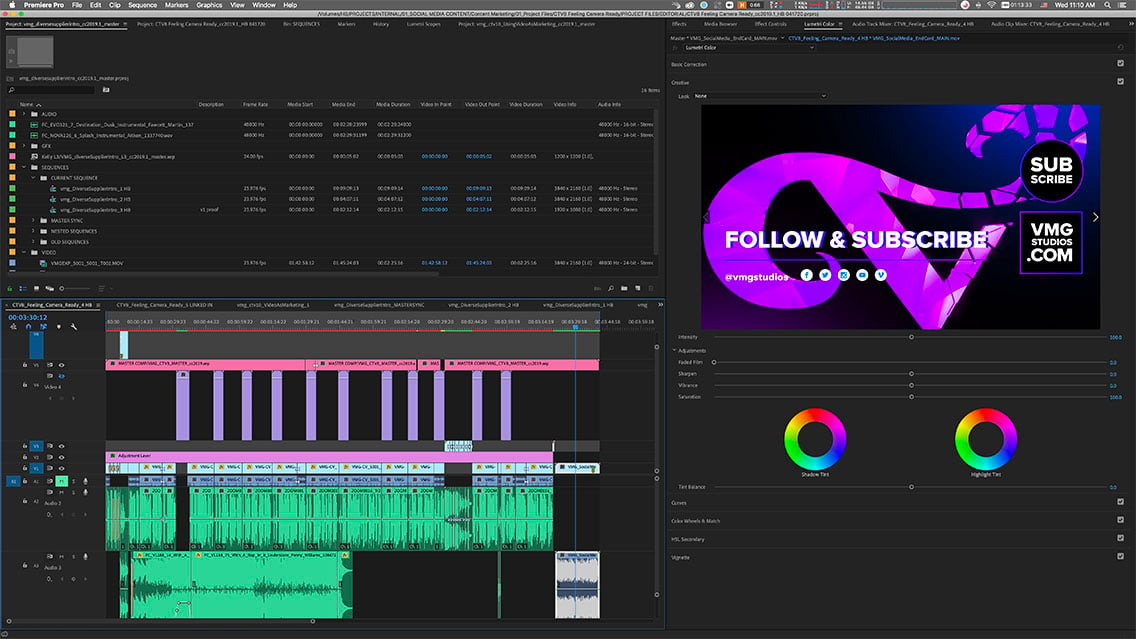 Oftentimes, you don’t notice the editing of a video, which is the sign of a skilled editor who is able to tell your story cohesively and engagingly. But poor editing is often glaring and obvious and can completely ruin a film.

According to Hollywood film editor Vashi Nedomansky, the 7 rules of editing are as follows:

If you take all these rules into consideration, you can see why the editing process can take so long.

Think of color grading as adding seasoning to the meal you’re cooking. Sure, you can cook unseasoned food and it will sustain you, but it’s much more enjoyable when you add a little rosemary and thyme. The same goes for video; the color adds flavor.

The color process is split into two steps, color correction and grading.

Color correction is where you fix any problems that the footage may have, like adjusting the white balance or exposure to match the clips around it.

Color grading is where you apply a look to the video, like giving it that classic Michael Bay teal/cyan look.

Graphics are designed, illustrated, and, more often than not, animated elements that are used to help the viewer “see” your messaging. They can be anything from a lower-third name key to explanatory text on screen, to a fully animated narrative.

You would be astonished at how many special effects are used in today’s movies. Shots you completely take for granted as being precisely as you see them are more than likely the results of a green screen and lots and lots of compositing—the layering of multiple effects.

Even for a short corporate video, there is frequently a need to do extensive compositing to create a visual effect designed to grab the viewer’s attention. These effects are usually created on software such as Adobe After Effects or Cinema 4D.

Special effects—the craft of creating an illusion—can be anything from using a green screen to creating a background for your talent to creating an explosion when you don’t have the budget to actually blow something up. To give you a sense of how prevalent post-production effects are in motion pictures, here are a series of film scenes and how they look before and after special effects were added.

Sound design, also known as audio sweetening, is where audio levels are balanced, music is added and adjusted, and sound effects are laid in. This is where the theater of the mind comes into play.

Having the right sounds at the right moment completely changes the complexion of a video or film. Video is not just a visual medium, it is an audio/visual medium. The audio adds depth, texture, and emotion to a scene. It helps tell the story.

If your shot shows a person walking down a sidewalk in a suburban neighborhood, the sound designer can add in subtle bird chirps to reinforce the white picket fence atmosphere.

If that same person is walking down a city street at night, the designer will most likely add in traffic sounds, a car honking, and maybe a police siren in the distance to help sell the imagery, even if you can’t see the things making those noises. Nothing you hear in a film or video is there by accident.

This video takes you through the process of heightening scenes through the art of sound design.

You can also learn more about all the work that goes into perfecting a voice-over in this video from our educational YouTube channel, The Creative Toolkit for Marketers.

Quality post-production has the ability to take your film or video to the next level and should always be a high priority in your planning stage, especially when considering the timeline of completing a project.

Post-production is also a highly collaborative process that takes a team effort to make sure each element reaches its peak. At VMG Studios, we have that team. Whether the purpose of your video is to educate, persuade, or entertain, we’ll give it the proper attention to have the greatest impact on your audience.

Learn more about how videos are made by clicking the image below to download the free eBook, "The Beginner's Guide to Video Production"