What is a Producer? 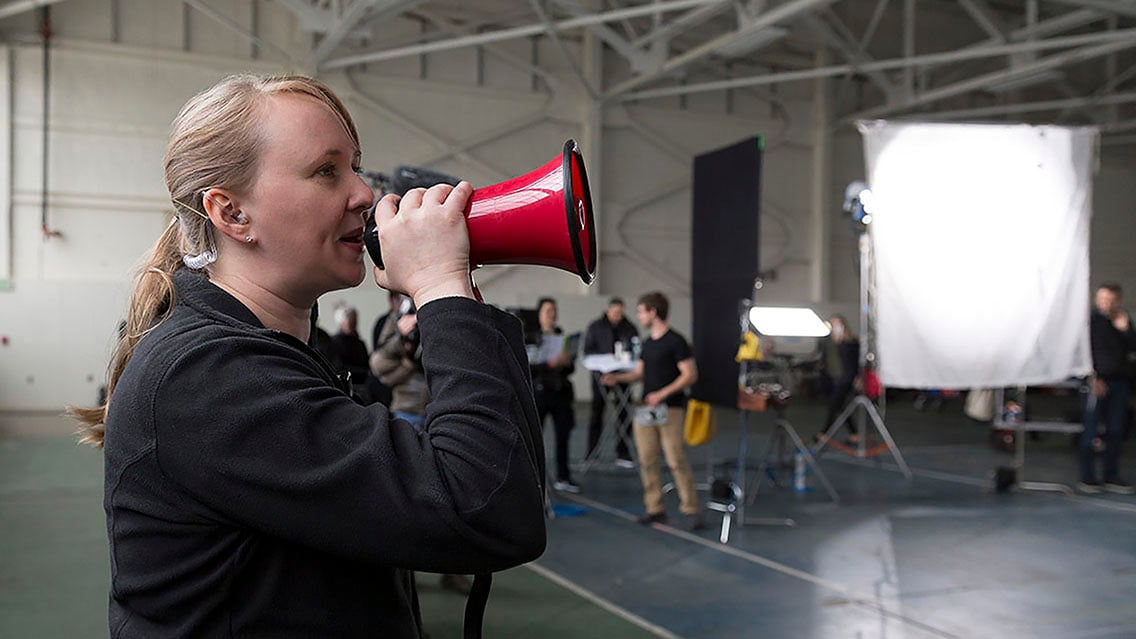 “When you do things right, people won't be sure you've done anything at all.”

This quote comes from the American adult cartoon Futurama during a conversation between God and one of the main characters, Bender. This quote, very briefly and quite effectively, summarizes the role and goal of a producer. 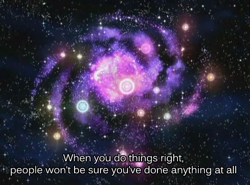 Often, when a video or movie project suffers from poor visual effects, incoherent messaging, or, in the case of adaptations, not respecting the source material, you hear phrases like, “The producers didn’t understand the material or care about it,” or, “They’re just trying to make a quick buck,” or, “The producers clearly rushed the animators/special effects workers.”

While this can definitely be the case in some instances, most producers don’t set out to make a subpar product. The producer wrangles the creative team, and in doing so, a separation between creatives (the art) and producers (the business) can happen in the public’s eye.

This may be the case. However, a producer will advocate for both the client and the creative team. Think of them as the coach of a football team. They’re not the ones playing, but they’re calling the plays, managing the strategy, and keeping morale up.

This is coming directly from someone who has been working as a producer for more than half a decade and is often explaining exactly what it is I do here at VMG Studios, a creative marketing agency specializing in video production, animation, and design. Let’s further explore what a producer actually does.

What is a Producer?

Fundamentally, the producer is in charge of seeing a project through completion. Start to finish. Easy enough, article over!

If it were only that simple.

Expanding upon that fundamental statement, one of the many roles of a producer is serving as the person of contact for the client. This can be for any kind of video or multi-media project like a small business making marketing materials, Geico filming their newest commercial, or a movie studio kicking off their next summer blockbuster.

And producers are involved every step of the way from:

Acting as the person of contact, the producer functions much like a translator. We ingest any and all communication from the client and translate that to the creative team and vice versa. We need to understand the detailed scope of work (SOW) which informs the final purchase order (PO). This helps to set expectations with the creative team to ensure we are delivering the exact product the client ordered.

This translation analogy harkens back to the role of advocate for the creative team. The producer not only has to accurately communicate the information and direction from the client but also has to do that process in reverse. I think it’s time to show how this two-way street works.

How a Producer Communicates Between the Client and Creative Team

Let’s say you’re a producer and have a client who wants to rebrand. During the intake and opening discussions, the client mentions their favorite colors and where they want to take the design.

The producer navigates these conversations for both parties to ensure the most successful outcome of the project, which can sometimes mean telling the client something they don’t want to hear.

However, a good producer won’t just tell the client “no,” they will help explain the “why” and offer up options and/or suggestions brainstormed by the creative team.

In this rebrand example, maybe the creative team decides it’s best to use a few of the colors the client suggested but drop another. Or maybe they’ll make an entire color palette out of one or two of the suggested colors expanding them to give different hues.

On the flip side of things, let’s say you send a client style frames for an animated video (think of these like concept art that helps you land on the final look and feel of a project) and they don’t like any of the options. Now it’s back to the drawing board and you, as the producer, need to find a way to deliver this news to your animator/designer. You’ll need to convey what didn’t work about the previous designs and offer solutions to how you’re going to make these new style frames different.

As you can see, producers have a lot to think about on both sides of the project – client and creative – to successfully move a project along their projected timeline.

Let’s now further break down a producer’s involvement in the 5 stages of content creation.

How Producers are Involved in Creative Development

After initial kickoffs, and once the budgets are secured, producers start to build the puzzle. We work with the creative director(s) taking the wants and needs of the client to build out the initial creative concept. We assist in shaping the story – the look and feel.

We also help determine what medium is best for your messaging. For example, if you’re working with a funeral home to create some local TV spots, a whimsical, 2D animated piece might not be the most effective medium for their audience. This is why it’s vital to really understand the product that is being sold.

Time is money and even though the usual aim of a producer isn’t to forego everything solely to turn a profit, spending time on a creative concept that doesn’t align with your client’s end goal isn’t a best practice.

Creative concepting and development is the unique opportunity to elevate a clients’ messaging, though if you go too far outside the box, you run the risk of alienating the client’s target audience, along with the client. It’s a tightrope walk, to say the least. 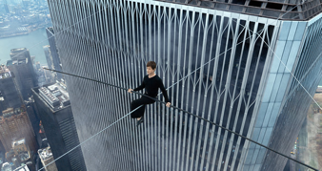 Pre-Production Duties That Fall to a Producer

Besides being a communication liaison and part of the creative development team, producers can also add the position of a recruiter to their repertoire of skills. If the project is a live-action video, the producer is in charge of crewing gaffers, a Director of Photography, an audio technician – just to name a few of the contributors. The producer will likely make and/or weigh in on casting decisions if talent is needed, as well.

These are decisions that are made in the pre-production phase.

Depending on the size and scope of the project, producers may also assist with the set-up of the shoot, itself.

For example, VMG Studios built a set of a podcasting basement in our in-house studio for a Microsoft shoot. The creative concept was centered around a man in his late 20s who recorded his podcast in his mom’s basement, so we needed to create a decorative style that combined the two. The producer on this project helped find items that would fit and fill the space and also helped set it up which brought the full vision to life as you can see in this timelapse video.

If the project is an animation or graphic design assets, producers will assist in making sure the visions from the creative development stage are implemented into the designs including style frames and storyboards. The producer will also review those items and provide notes before sending it along to the client for their review.

How a Producer is Involved During Production

Once you’ve crewed up and the day(s) of the shoot arrives, what does a producer do? Well, it depends on the project and size.

If it’s a larger shoot where all departments are properly staffed and everything is running smoothly, a producer ultimately serves as a manager to ensure everything goes off without a hitch. They’ll check in with the client and address and implement any changes the client may want in the moment such as a script change. They’ll make sure each department and each crew member are on track and following proper set etiquette. They even help set the tone for the day and help keep morale boosted on long, grueling shoot days.

In short, a good producer will be willing to do what is necessary to carry a project across the finish line. Sometimes that means asserting control and keeping everything managed. Other times, they may take on that “coach” role we highlighted earlier and watch as the team executes the plays.

Ultimately, a producer reads the room, fills in where needed, manages morale, and makes sure everyone on the team is aligned and working together instead of against one another.

Once the visual assets of a live-action video are captured or an animator begins the actual animation phase, a producer will continue to oversee all progress of a project. If a professional voice-over narration is needed, the producer will host auditions, assist in making selects, and manage the voice-over artist.

Producers will also continue to review edits before passing them along to the client, will relay any feedback from the client to the creative team, and push to keep a project on its projected timeline. A producer also needs to ensure that the project remains on budget and shift accordingly if one area of the project requires more of the budget than originally outlined (or work with the client to rework the PO if absolutely necessary).

When the project is close to finalization or has attained final approval from the client, the producer will perform a quality assessment (QA) to make sure no small glitches slipped through the cracks, address accessibility considerations like closed captions, localization, or subtitles, ensure the final export deliverables are in the client’s desired formatting, and then deliver the final assets to the client.

A producer will also make sure that the creative team accurately logged their time spent working on a project so that final payments can be made and align with the initial PO.

Working With a Producer

When a movie is a smash or cult hit, it’s common to praise the actors, director, and writers, but how often are the producers mentioned? This comes back to the opening quote. When you do the job right, people won’t be sure you did anything at all.

The producer is a translator, an advocate, and at their core someone who wants to create cool and interesting products.

In 2019, a quick Google search of “Game of Thrones” would quickly return results along the lines of, “How the Producers of Game of Thrones Ruined the Show” or didn’t care. Even now, typing in “Game of Thrones” prompts the autofill of “Producers” and below that “Ruined.” For such a large-scale show, there were numerous producers on individual episodes as well as the show as a whole.

For those producers who aren’t at the level to challenge what the network wants, they’re left with two options: Walk away and let the network do whatever they were going to do without help OR a producer can work with what they’re given to attempt to make the best product possible.

That’s the job of a producer. Take what you’re given, wrangle your team, put the right people in the right places, do the work, and produce.

Watch: How to Work with an Agency: What’s My Involvement as the Client?

Nick Laspina is a video producer at VMG Studios. He loves skateboarding, death metal, movies, cartoons, and anime. He has an uncanny knack for spotting voices, and his dream is to produce, direct, and voice in a Shonen series.